Rachid Badouri is one of the most beloved comedians in Quebec. After the impressive success of his first two shows, "Arrête ton cinéma!" and "Badouri Rechargé", for which he sold more than 800,000 tickets worldwide, the comedian unveils his third one-man show. With "Les fleurs du tapis," Rachid confides in his audience by telling them about moments in his life when he wasn't quite the best version of himself.

Spring 2019: Rachid returns to Quebec after three years in France. Now 40 years old, he no longer sees life in the same way as before and, consequently, questioned the tone of his humour. With KO Scene, he wanted to move away from the image of a diva he was projecting to reveal a more humble, transparent, true Rachid.

It was up to us to find the right way to present this new image of him to his loyal audience and to introduce it to younger audiences.

Rachid's humour was the main reason his audience had been following him for several years, but being funny doesn't have to mean being someone other than yourself. "Les fleurs du tapis," and the strategy to promote the show we created, are based on this truth.

We started with the idea that being true isn't something you can plan. Thus, we wanted to give a behind the scenes look at Rachid. That meant going backstage at his shows, but it also meant giving a more authentic look at the mind behind the comedy.

We wanted to offer a genuine Rachid that reveals his true self on stage, a Rachid without a mask, and so a documentary approach was crucial.

The man behind the comedy

To show that Rachid has ups and downs like everyone and that he doesn't hide from it, we developed an art direction that shows his true self: at once colourful and dark. For the photo, our photographer reworked the grain but did nothing more. No Photoshop. For the video, we filmed him on stage, but we mainly focused on what was happening behind the scenes and during his travels. We wanted to capture real discussions without prepared comments or filters.

"What was fascinating about this shoot was that neither he nor I knew what we were looking for. We just... went for it. The picture we chose for the show poster is one I took while we were testing a new spot we hadn't tried when scouting locations. We see the Olympia at it's barest, a stage with raised curtains, a tripod on his left, a microphone on his right... which is reminiscent of the simplest form of the comic stand up. You can't get any more real than that. »

-Manny, photography, and conception at Republik 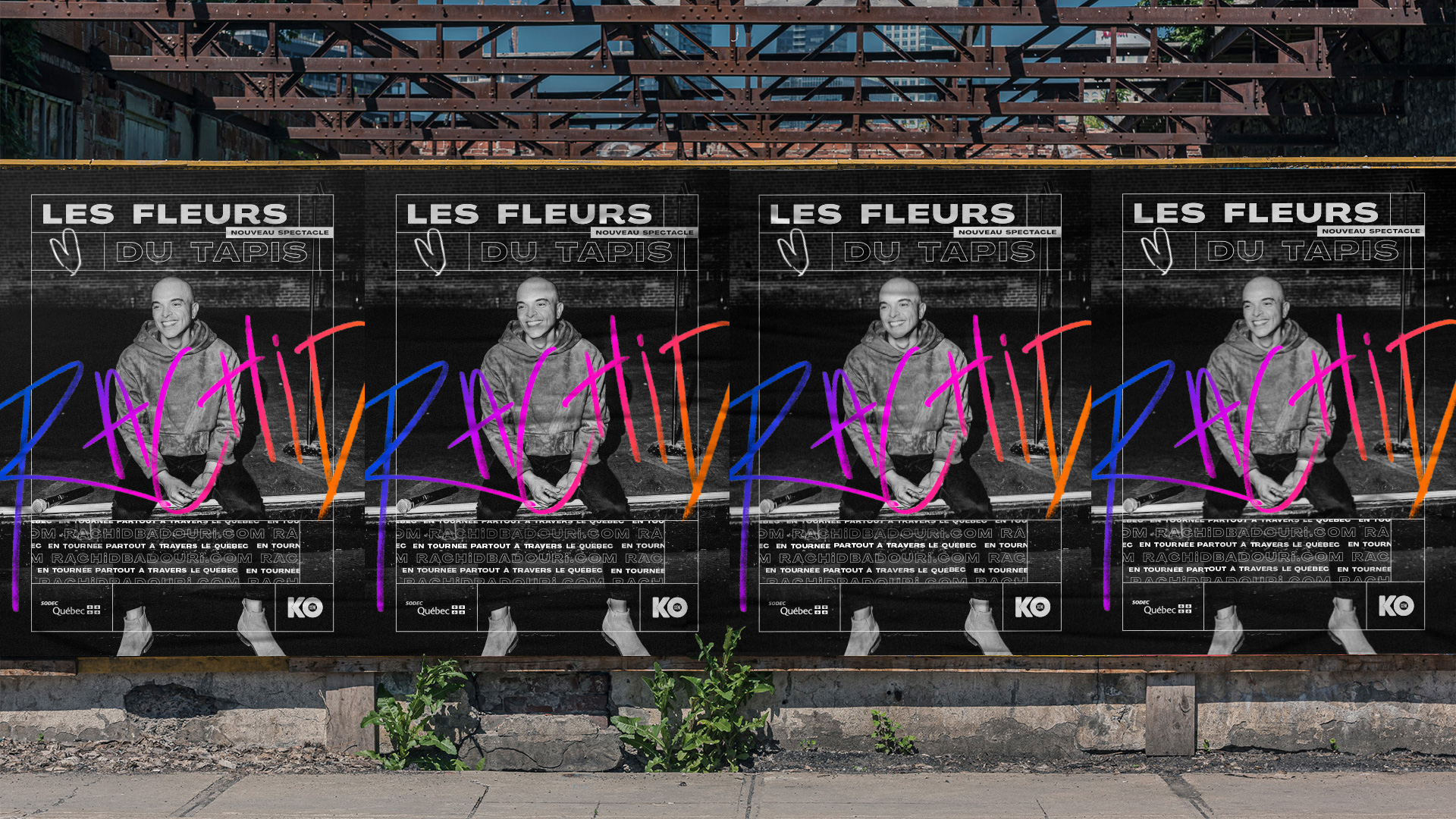 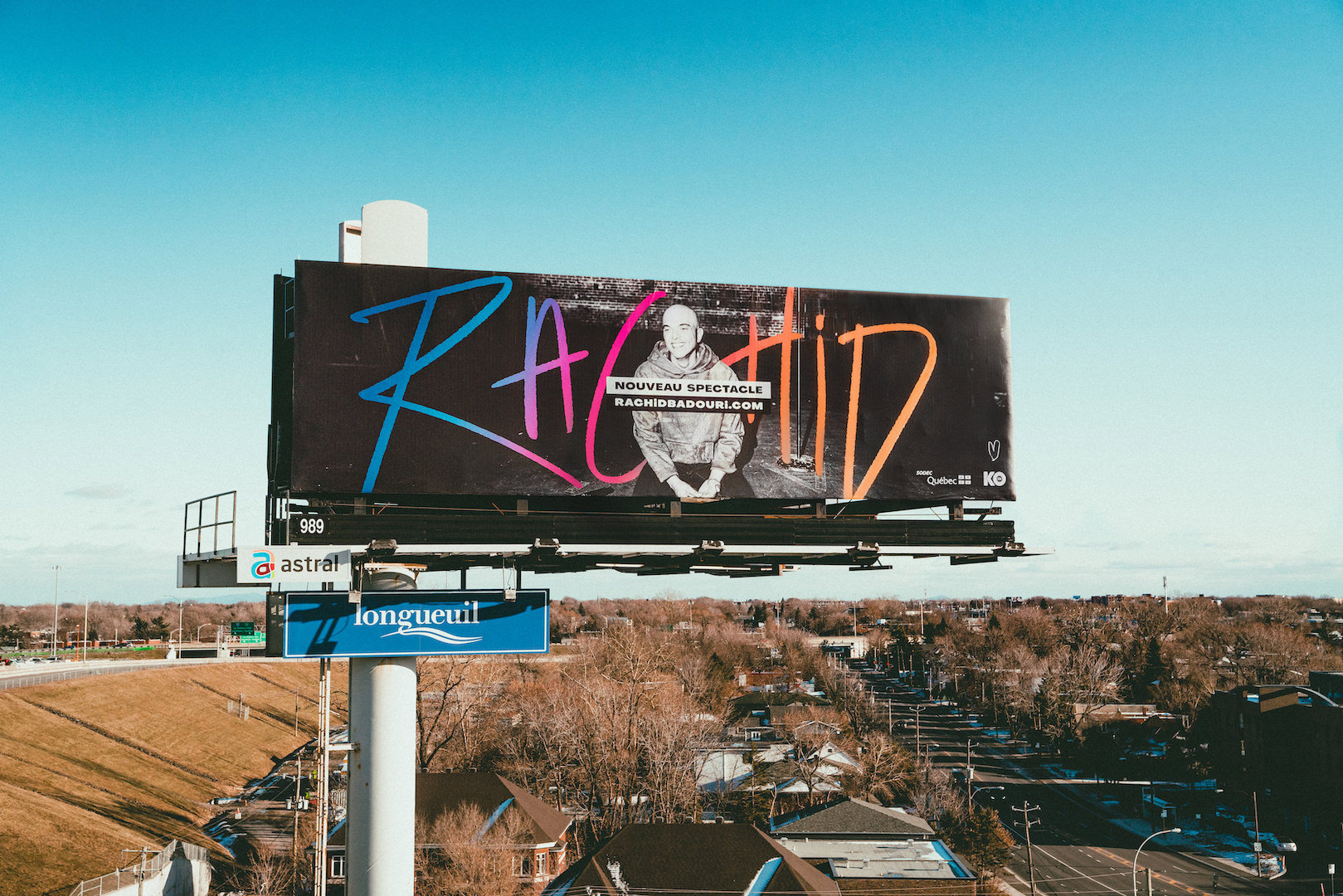 We are so fortunate to work with a client who speaks the same creative language as us and with whom we love to work.

“One day, I heard the expression, "You're on your X!". I wasn't sure what that meant until I saw the Republik dream team at work. Their amazing listening skills, their keen observation, and their way of turning the mess in our heads into reality is nothing less than Major League level! " 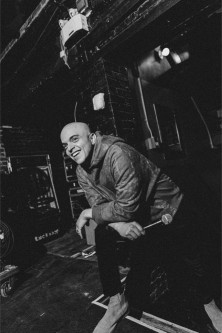 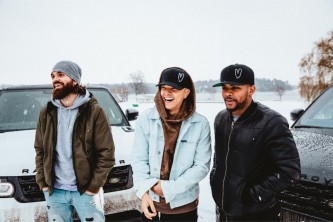 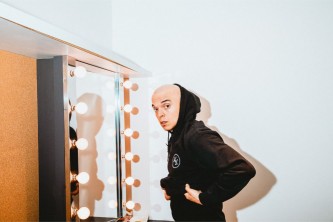 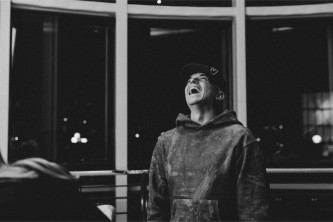 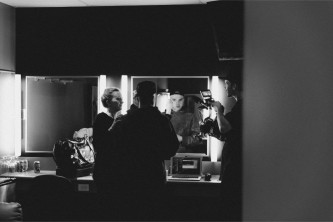 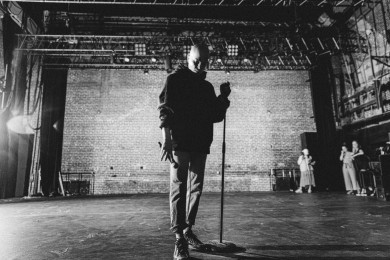 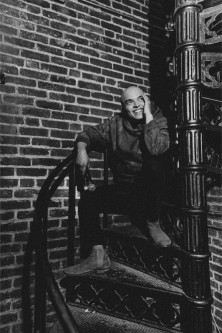 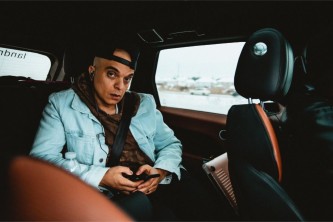 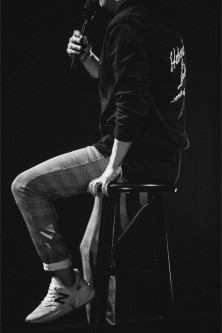 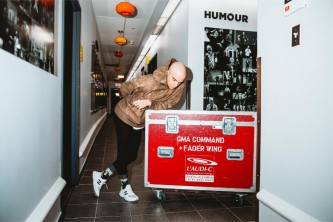 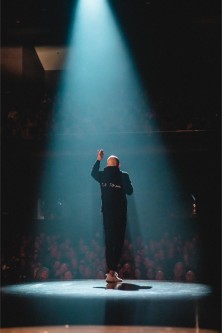