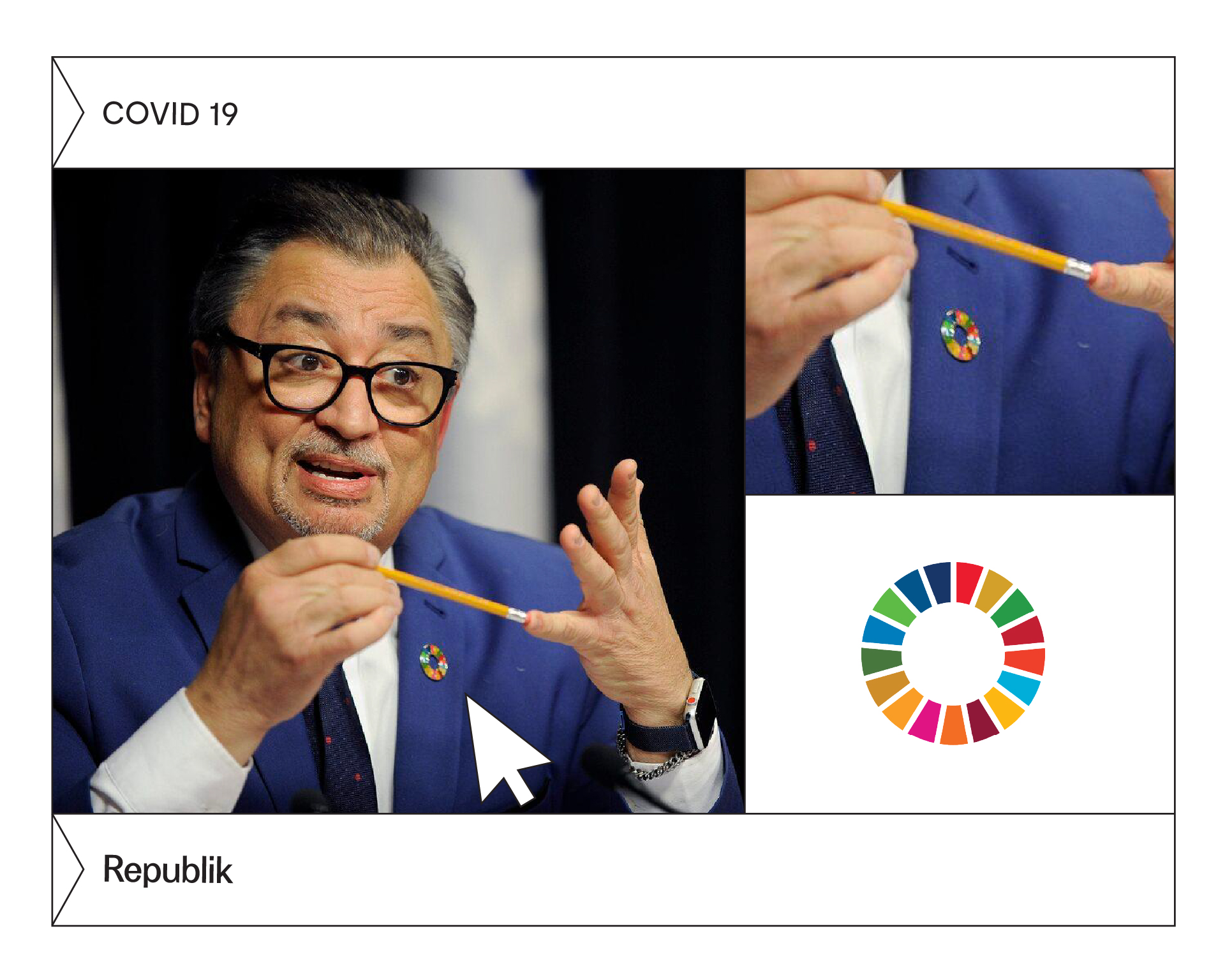 For a few weeks now, Quebec residents are head over heels for Dr. Horacio Arruda.

The ministerial official, which occupies the national public health director role since June 15, 2016, is one of Quebec's most prominent leaders at the moment. He is most known for its front-row presence during weekly conferences he is co-hosting with prime minister François Legault and minister of Health and Social Services Danielle McCann.

As a reflection of his increasing popularity, numerous meme pages praising the men came to life, as well as a few clothing lines showing his portrait.

For those with a sharp eye, you may have spotted that whatever he wears, Dr. Arruda always shows the same pin around his left collarbone.

But what does it mean?

The symbol of the United Nations’ sustainable development goals.

Sustainable development goals (SDG) are a call for action to all countries in order to promote prosperity while protecting the planet.

The framework of SDGs has been put into place and ratified by all U.N. signatory countries in 2015.

It is made of 17 objectives, 169 targets and 232 performance indicators to ensure its progress across all nations towards a common goal. 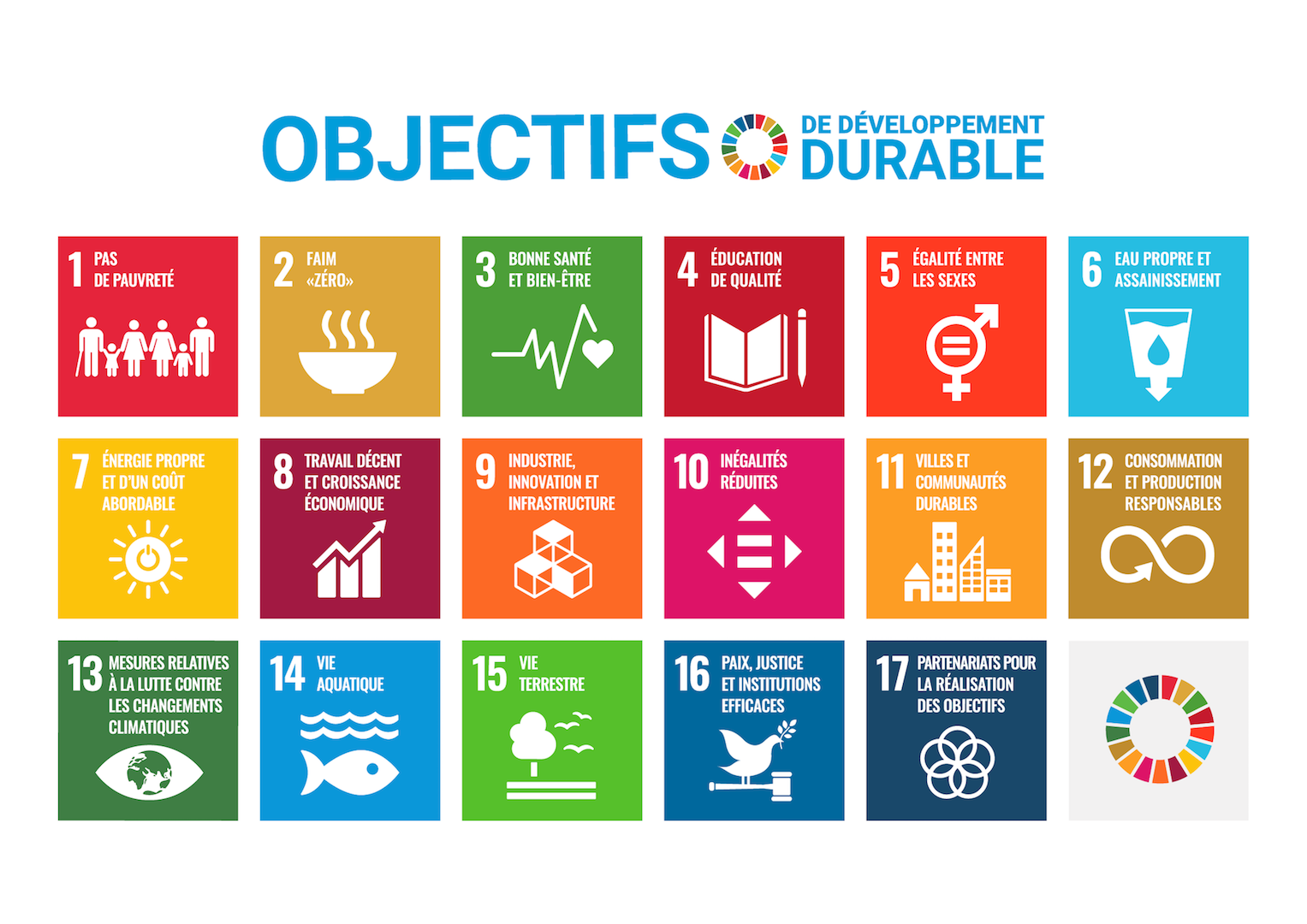 Far from only being environmental goals, like its name may suggest, the framework of SDGs is a social and economic-prosperity oriented plan that serves all nations and organizations, on a horizon of 2030.

Noting that 17 objectives are covering economic, social and environmental spheres, as shown in the graphic below. 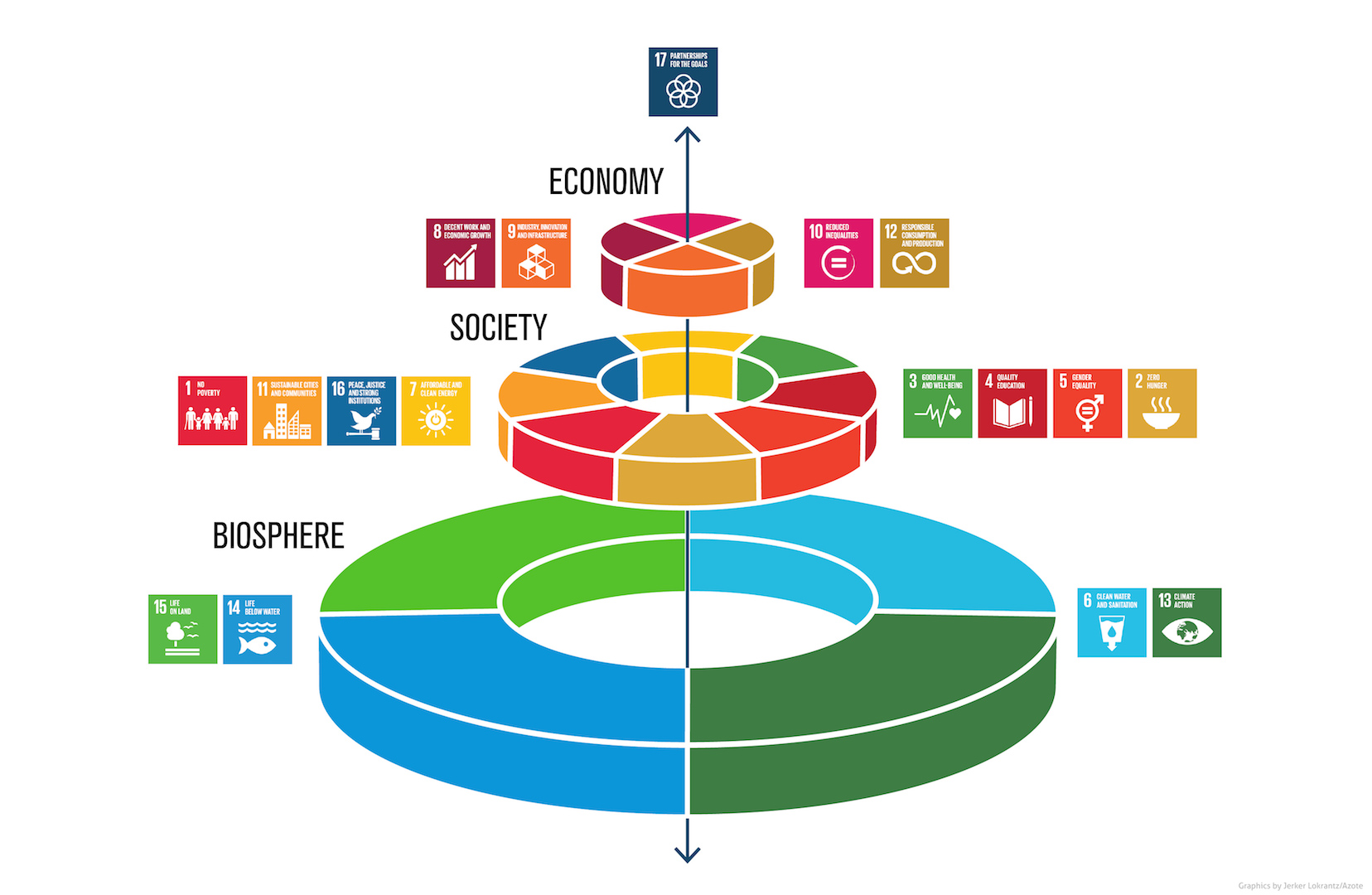 But where does Canada stand?

In Canada, an SGDs unit has been put together by the federal government. Moreover, it submitted a 2030 interim plan last year.

Many networks are coming together to promote this 2030 agenda, notably Alliance 2030 at a national level and Accélérer 2030 in Quebec, at a provincial level.

We developed a featured article on "The state of sustainable business in Canada, in 2020", that digs within the subject and offers systemic solutions to the societal challenges we are encountering. The dossier is only available in English at the moment- a french version will follow shortly.

→ Read the featured article on the state of sustainable business.

The framework of SDGs is our future's game plan.

Not only has it been developed by the greatest intellectuals on the planet, but it also offers a concrete framework with existing units of measurement that allows tracking our progress, from both a local and an international standpoint.

The COVID-19 crisis is taking up all of our attention at the moment, but it also allows a different climate in which we can reflex and plan long-term.

It is in that state of mind that we will need to adopt a shared vision, and the SDGs are the collective plan we all need. 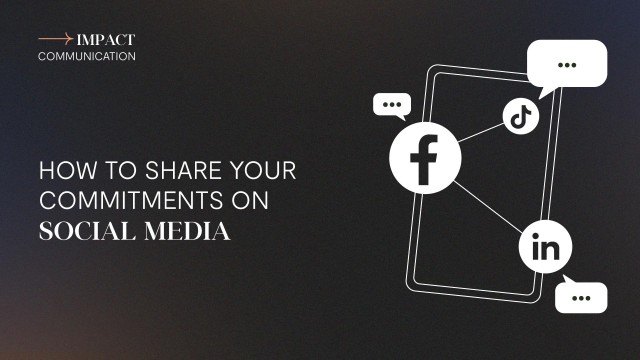 Impact Communication: How to Share Your Commitments on Social Media 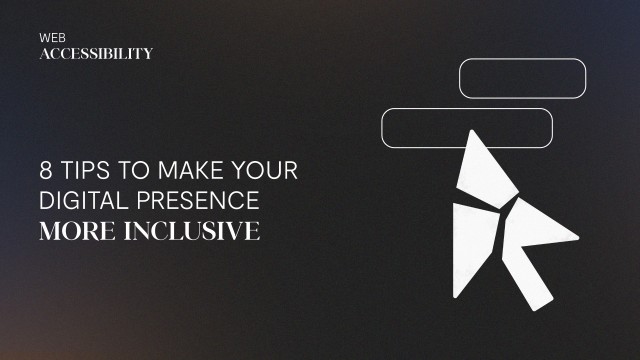 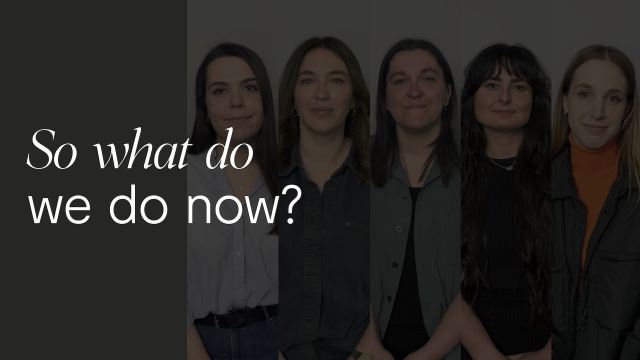 Let’s Face It: There Are Several Ways to Improve the Working Conditions of Women in Agencies