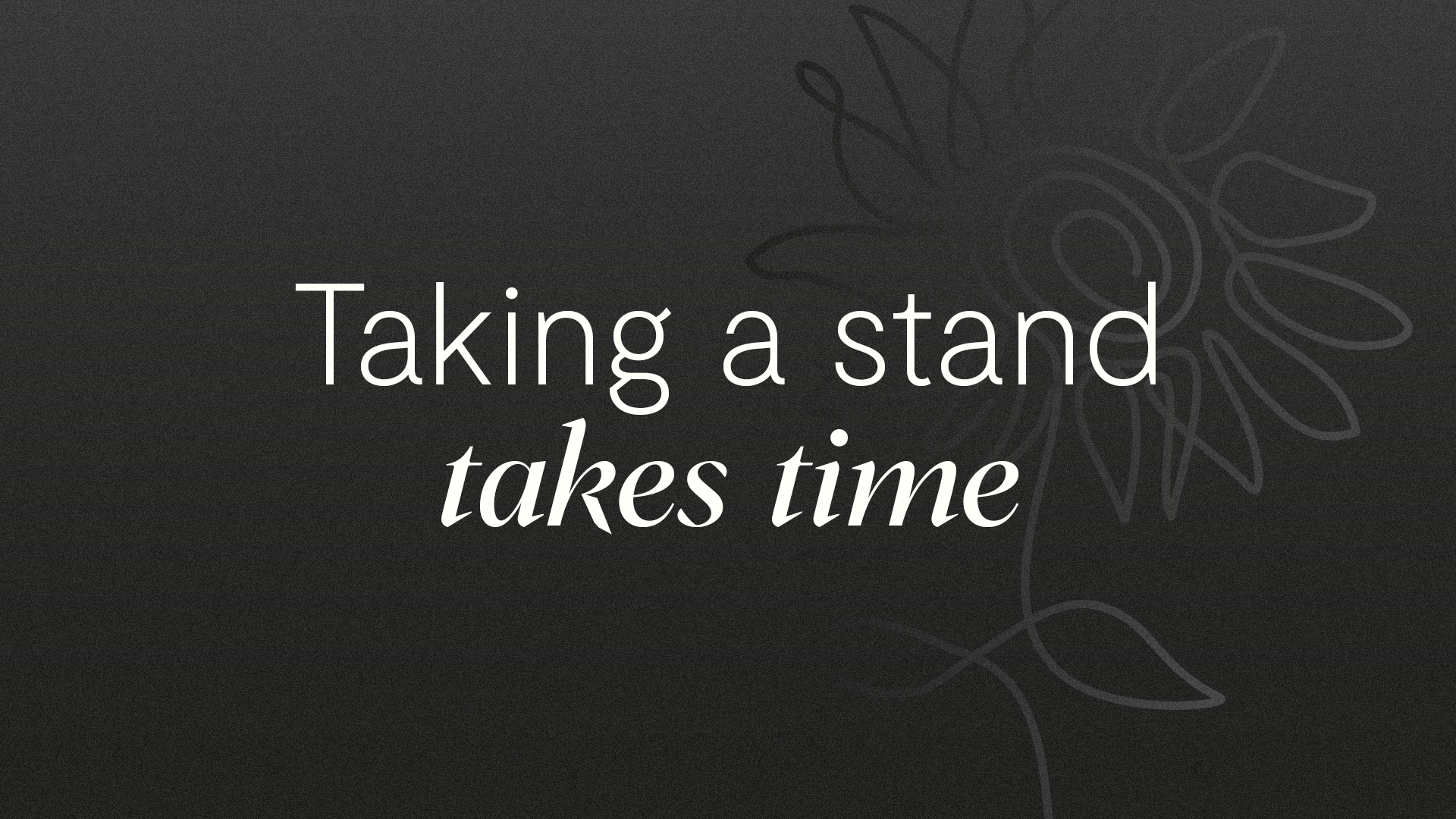 Since the invasion of Ukraine by Vladimir Putin’s troops last week, the world has had its eyes glued on the region. Day after day, we’ve been following the development of a deadly conflict and humanitarian crisis that is spreading beyond borders as hundreds of thousands of Ukranians have found refuge in Poland, Romania, and Hungary.

This appalling war is now at the center of the public discourse, and your brand might be considering taking a stand to show support to the people of Ukraine.

But before adding the colours of the Ukrainian flag to your logo on Facebook, it’s important to consider the social responsibility of your brand regarding this conflict.

As with communicating any social or environmental commitment, you need to do your homework first. Before taking a stand, take some time to read our 5 recommendations to consider whether your brand can genuinely support the Ukrainian people.

Recommendation #1 - Take a look in the mirror

Does your supply of goods or materials depend on Russian companies owned by pro-Putin interests? Do you benefit from an armed conflict because of the nature of your products or services? Is your most loyal clientele made up of Russian oligarchs with close ties to the government?

If you answered yes to any of the above, your declaration of support for Ukraine would be hypocritical. Take a moment to assess your company’s impact and ask yourself how you can improve your practices. Once your actions are in line with your new commitments, you’ll be in a better position to denounce the injustices of war and to display your solidarity with Ukraine.

Recommendation #2 - Watch out for conflations

Russia is not a homogenous entity, where the entire population is in favour of Putin and the war. In fact, members of the same family often live on both sides of the border dividing the countries, and thousands of people in Russia have protested against the invasion, running the risk of being arrested and jailed. That’s why it’s important to separate the Russian population from the acts of their leader and his allies.

Concretely, that means never putting all Russians in the same basket.

Also keep in mind that the population affected by the invasion is not exclusively white, and that racism can affect certain groups of Ukrainian refugees more harshly. Indeed, it’s been reported that people of colour have been stuck at the borders, where they were denied transportation to escape the country.

Finally, avoid drawing parallels with conflicts elsewhere in the world that deserve for us to pay attention to their regional specificities; these shortcuts could be damaging to the people affected. It would also be discriminatory to be surprised by an armed conflict in a country deemed “civilized” like Ukraine, while comparing it to countries considered “used to war” like Afghanistan or Syria.

You may also be wondering whether to call the Ukrainian capital “Kiev” or “Kyiv”. Since “Kiev” sounds more similar to the Russian pronunciation of the word, it’s preferable to opt for “Kyiv”, its Ukrainian spelling. It’s what publications like Reuters, CNN, BBC News, The New York Times, and Al Jazeera are now doing as they cover the conflict.

Recommendation #3 - Take care of your people

Before sharing an inspirational quote on world peace, make sure you take care of the people from the Eastern European diasporas who work alongside you.

Many people with ties to the region are going through a difficult time, and are often separated from their relatives. They may be feeling anxious, sad, afraid, or angry. They may be losing sleep or their appetite. For all these reasons, it’s possible – and understandable – that their focus and motivation at work could be affected.

You should get in touch with your team members and offer your support. How? First, by listening, showing empathy, and being in tune with their needs. That may mean covering psychological help via an online therapy app, or authorizing extra time off so that they can attend demonstrations during the week or simply get some rest.

Members of the diasporas may be participating in a fundraiser or collecting material donations in response to the crisis. Your company could decide to cover a number of volunteer hours for these people or even for your entire team.

International charities are organizing their response to the crisis. If your company already has a philanthropic program in place, you could dedicate a certain amount to support Ukranians. On a smaller scale, you could decide to use your next get-together’s food and drink budget to make a donation to a known organization working to help the people of Ukraine.

The Canadian Red Cross announced that funds collected by March 18, 2022 would be matched by the Canadian government, up to a maximum of $10 million. The Canada-Ukraine Foundation is also collecting donations, as is the International Rescue Committee.

Depending on your field of activity, you could decide to make a material donation: non-perishable goods, hygiene products (including menstrual protection), warm clothing, blankets, kids’ items, etc. You could take leadership within your industry by soliciting the help of your competitors to collect an even more significant donation and form a united front for Ukraine. Imagine the strength of the message and the positive impact this could have for people in need.

If you wish to invite your audience to make a donation, it’s best to keep in mind that not everyone has the financial resources to contribute to a cause, however important it is, and add a note that says “if you have the means”.

If you’d like to express your support for Ukrainians or communicate your brand’s initiatives on social media, it would be distasteful to share a flash sale the next day.

Delay your promotions and announcements for a few days out of respect for the people affected by the conflict, and invest your time and resources in your response to the crisis.

Of course, the idea isn’t to put your entire business on hold indefinitely, but to show decency during a difficult time. Ask yourself how your latest influencer photo would look in the same feed as photos of human devastation.

When it comes to impact marketing, especially in times of war, avoid the traps of performance. It’s best to wait before reacting in order to make an impactful gesture, like a donation of essential items to countries welcoming Ukrainian refugees, rather than to react quickly with minimal impact, like replacing the word “poutine” with “fries, cheese and gravy” on your menu. Resist the temptation to precipitate an action that could turn out regrettable or insufficient.

Don’t lose sight of the fact that lives are at risk, and that families are being uprooted and torn apart. Don’t try to profit from an armed conflict monetarily or by gaining sympathy points. Simply do your best to demonstrate through concrete actions that you are fully aware of your brand’s social responsibility towards the world.

Note: Social impact creative agency Republik will match every donation made by employees to the Canadian Red Cross between February 24, 2022, and March 18, 2022. 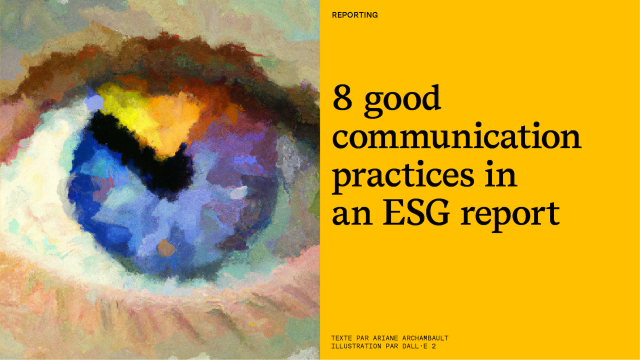 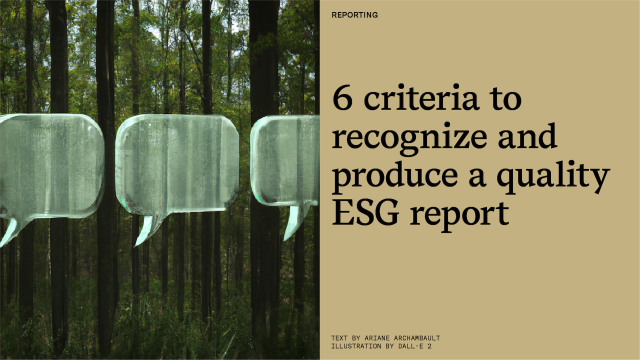 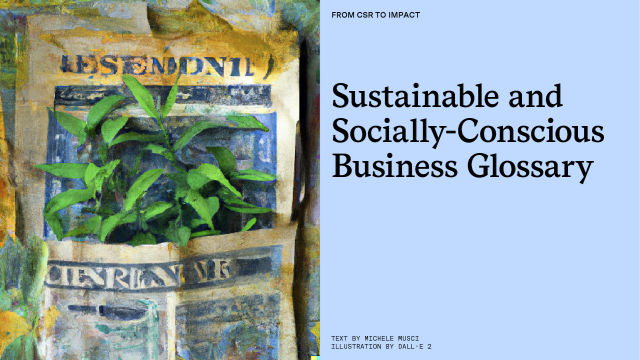