A fidelity program for beer leaguers across the country

The OJ’s Beer League Program is the official membership program for all beer leaguers across Western Canada. It offers active players access to exclusive menu items, discounts, special events & more. All details can be found online.

Following a soft launch during the month of September in which Original Joe’s onboarded 15 leagues across all 4 Western Provinces for a total of over 100 000 players, the official launch was held at a Calgary Original Joe’s restaurant on October 30th 2017, as the team produced a 90-minute Live Show in front of hundreds of fans, headlining local fan favourite, Calgary Flames’ young star Sam Bennett.

The Live Show, which aired live on Facebook and will be repurposed in multiple social video assets, was hosted by Sportsnet’s Ryan Pinder and featured appearances by rising social media stars On The Bench as well as Nick Fleehart from The Beer League Podcast, a pioneering figure in the world of Beer League Hockey in Canada. 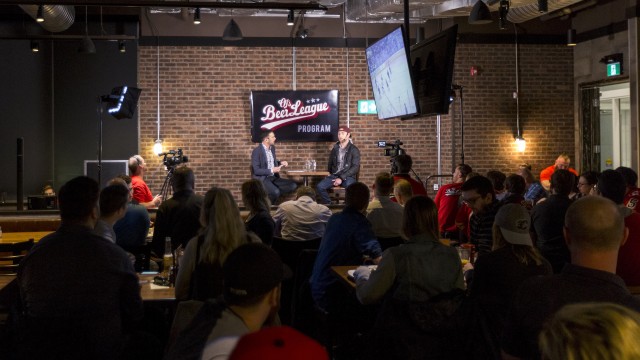 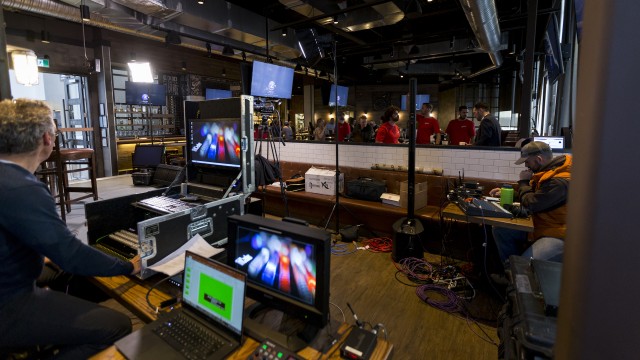 Sneak peak at the production booth before the show. 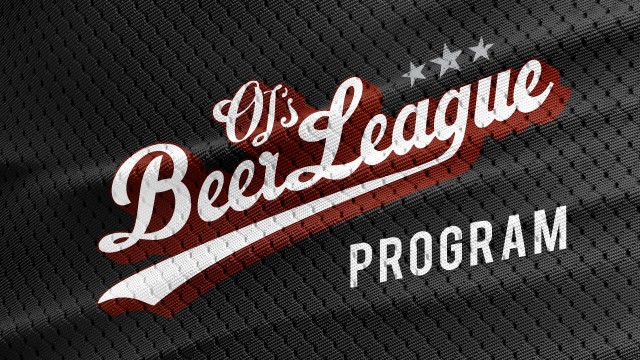