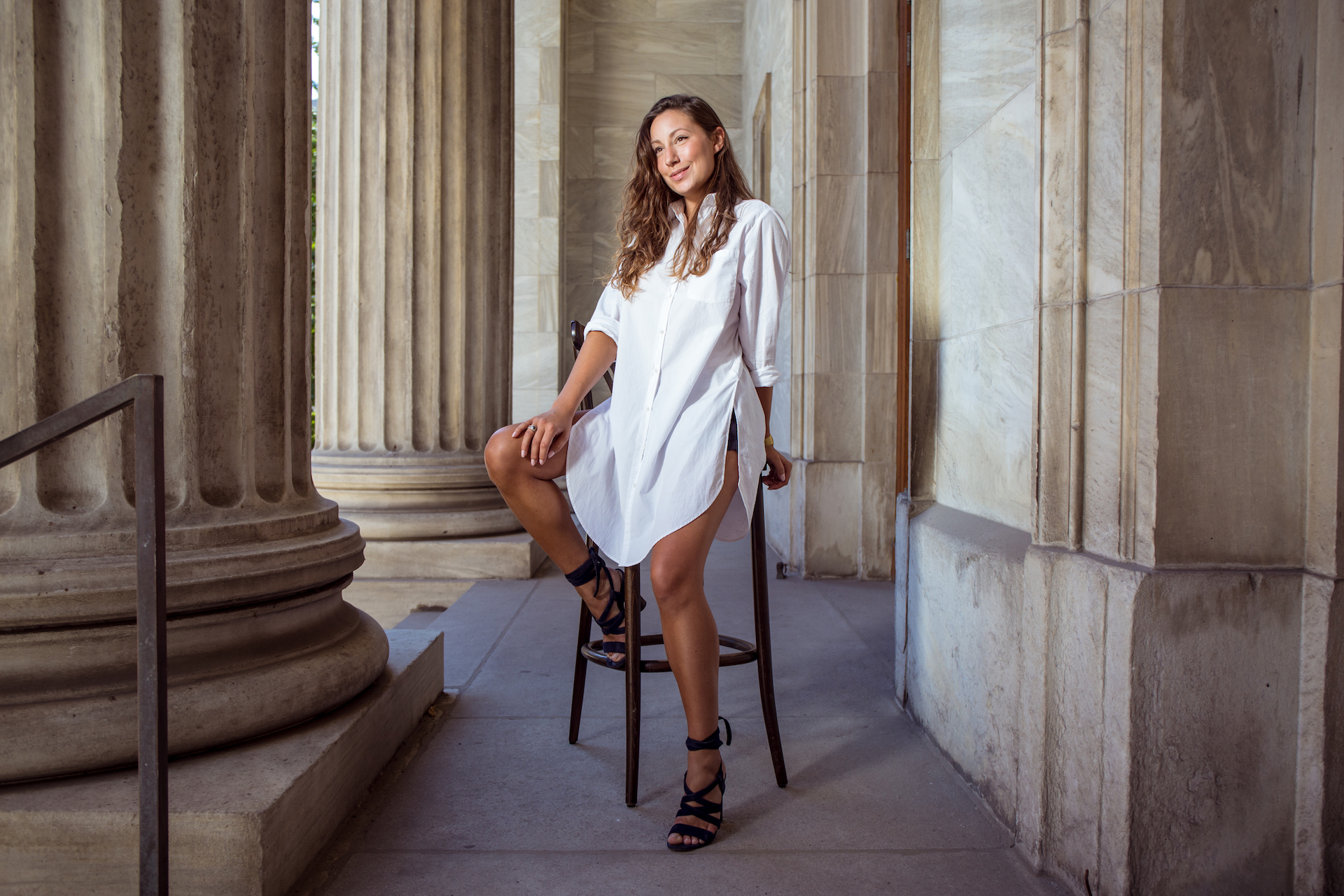 At Republik, we firmly believe that any change starts with a good dose of courage; the courage to dream for ourselves’ and for others.

In this content series, we present to you former colleagues who, since their early days, represent the very essence of the agency and naturally embody our values.

They have shown courage to continue their personal and professional quests, and continue to inspire us after their departures.

This is a tribute. 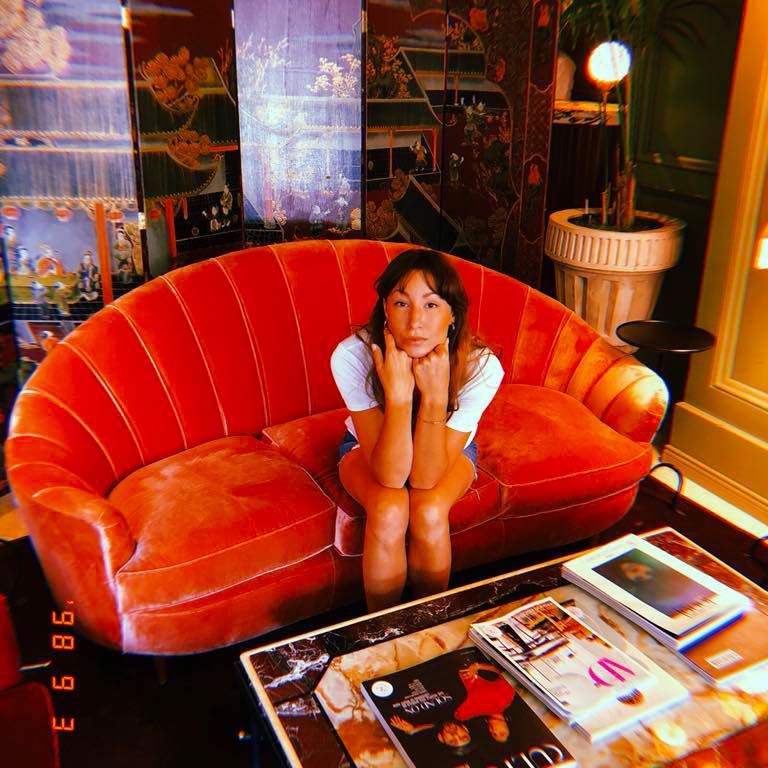 A SMALL WOMAN WITH BIG AMBITIONS

The first time I met Jessika was probably similar to that of every person who has had the chance to meet her: remarkable. Her bursts of laughter are contagious, she shares her unbelievable stories that spark your imagination, but above all, she's honestly interested in you! It's silly, but, no matter where, why or how long you cross her path, she is always selfless (rather rare nowadays) and that, whether you like it or not, marks you forever.

Jess worked for Republik from May 2016 to Sept 2017 and while I was a freelance photographer for the agency, I had the chance to work with her on several productions.

Her official title was content editor, but she was also a project manager, designer and looked after the influencer/agency relationships, given the smaller size Republik was during this time.

Having not really seen her since leaving the agency, I was eager to see her appear on my computer screen. As the video conference begins, here we are facing each other for the first time, in almost two years:

Manny: Jess! I'm happy to see you! Where are you?

Manny: What are you doing there?

Jess: I moved here this summer and joined three partners who are building their first hotel, The Annex. It's interesting how I always integrate into projects that are in their embryonic phase, and I feel that it says a lot about my personality. I have this need to be part of a project from the beginning and to understand the evolutionary processes to make sense to me. And it was the same way with Republik. 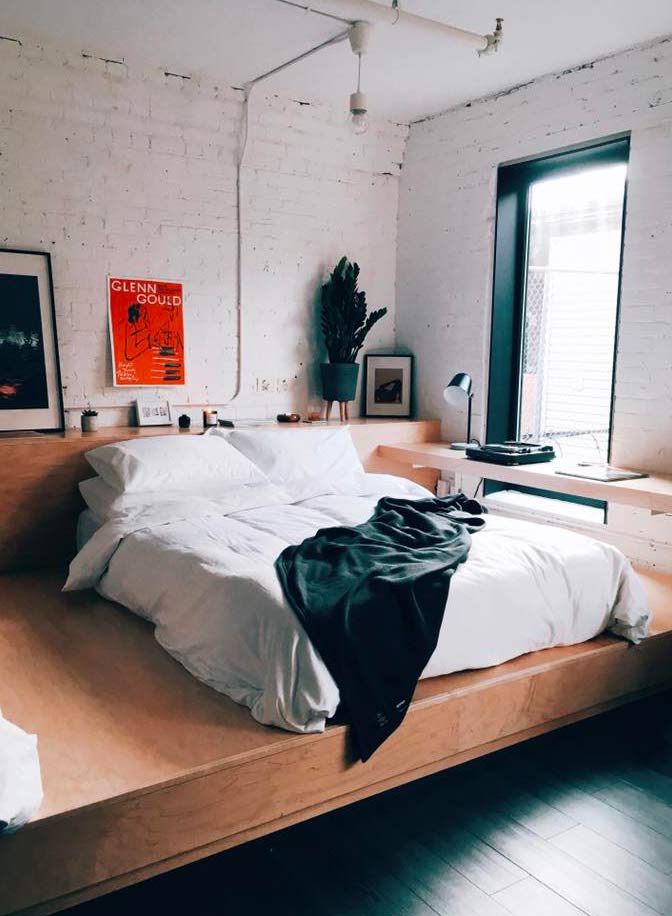 Manny: Oh really? Tell me how you started working at Republik!

Jess: The first time I met Vincent and JP, I was self-employed and I was working for Martin Luc Archambault. I told the guys that I was looking for a new experience; a new challenge. At the time, Vincent and JP had just bought Republik and therefore, were in the process of reviving the business, and had decided to revisit the services they offer. Who says new vision, says a new team. So I was officially their first new employee and what one has to keep in mind is that not only did they have to believe in me, but I also had to believe in them. I had to feel that we were not going to stay only three at the agency because I was ambitious!

Fortunately for Jessika, her intuition was right. The team grew a few weeks later with the addition of Isabelle and PO. But Jessika had her own plan. At the same time of acquiring knowledge in the marketing world, she kept well in mind her dream; that of owning her own boutique hotel.

Jess: It's when you push the boundaries and get out of the comfort zone that you evolve. 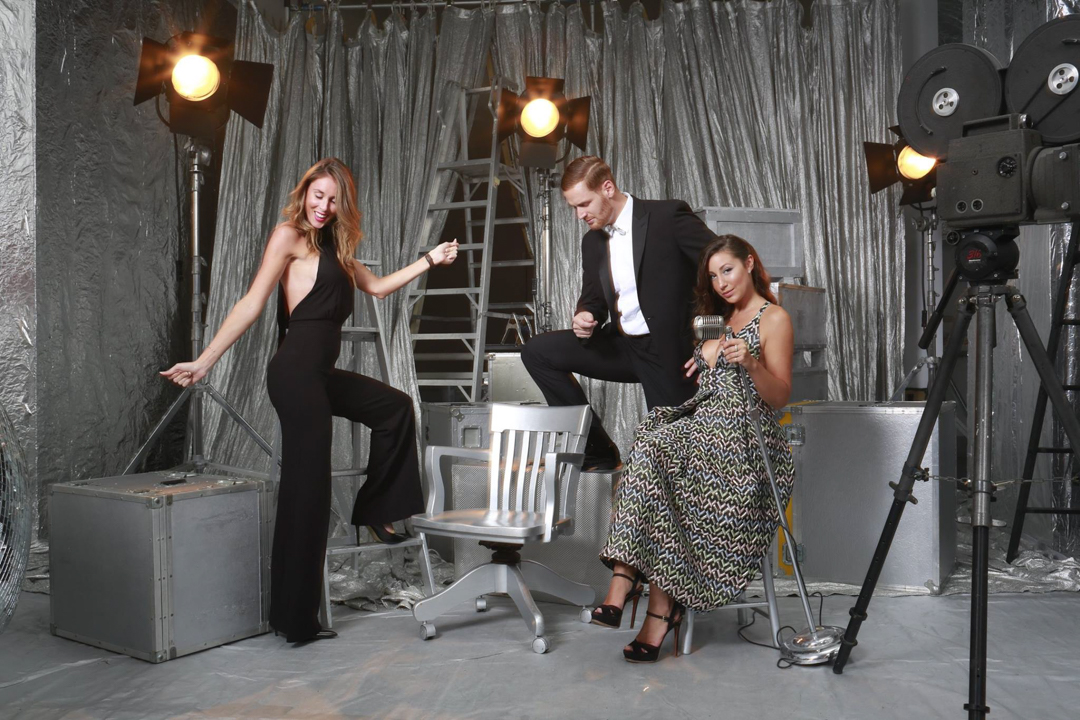 CHASING YOUR DREAM, ONE DAY AT A TIME

Just before leaving Republik, an opportunity in real estate had come to Jessika, and her brain was running at 100 km/h. She had to choose between: “Staying at the agency with the same questioning day after day” or “Stop asking the question and take action”.

This is how Jessika changed her career path. She started in the world of real estate as well as embarking in a new relationship. Everything seemed to have finally fallen into place. However, an unexpected event was going to test the young couple; a business opportunity in Toronto for Alan, Jess' new boyfriend. 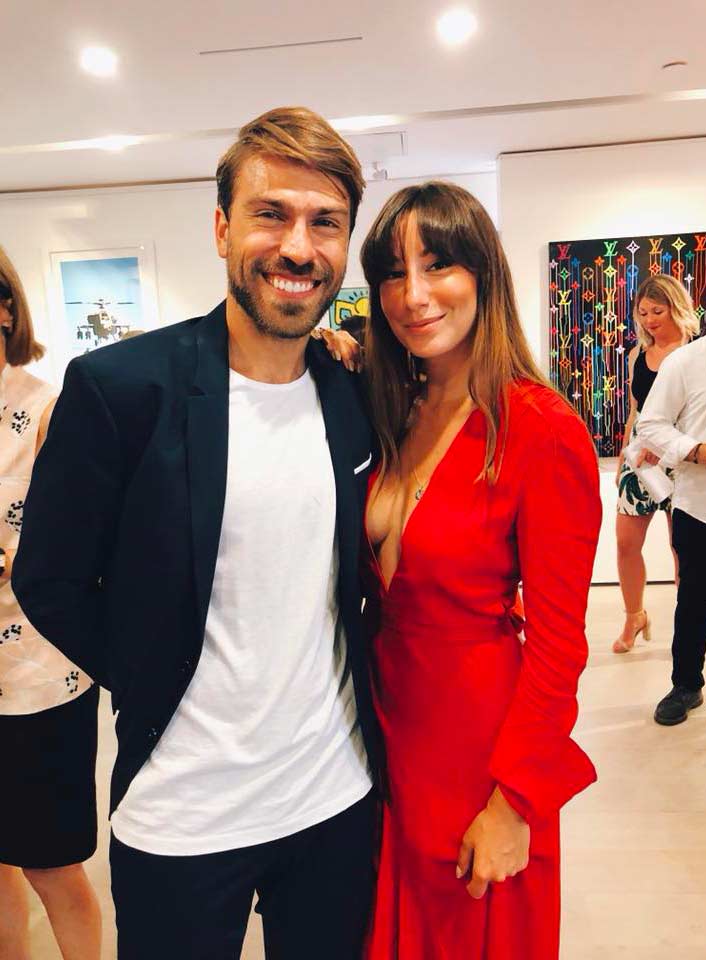 Jess: I probably would have never thought of moving to Toronto if it had not been for Alan. Finding a life partner and a healthy relationship is not found on every street corner. I guess I was extremely curious to see where this adventure would take us. So yes, I moved out of love!

The decision was not an easy one to take because Jessika had to consider the interests of another person before hers, something she had never dared to do before, let alone at the beginning of a new relationship.

**Jess:*** It was a great opportunity to ask the right questions. Moving to a new city is an opportunity that we give ourselves to start at 0. Terrifying, but so rewarding. I could have returned to the agency or the real estate worlds, but I preferred to give myself a chance to try something new and that was in the same direction as my long-term ambitions.*

While her lover was already in Toronto, she was preparing for her departure, at a distance, while still working in Montreal. Thus, while making trips back and forth between Montreal and Toronto to see her boyfriend, she took the opportunity to slowly prepare for the big move.

At the time, it would have been rather easy to say that she was in Montreal and that things were going in the right direction already. But with hindsight, Jessika is grateful for this ordeal; that's what allowed her to move from real estate to hospitality, another step closer to her dream.

Jess: I did not know how this adventure will unfold, but I know the final destination: I will end up having my own boutique hotel. I just do not know by which means at the moment. 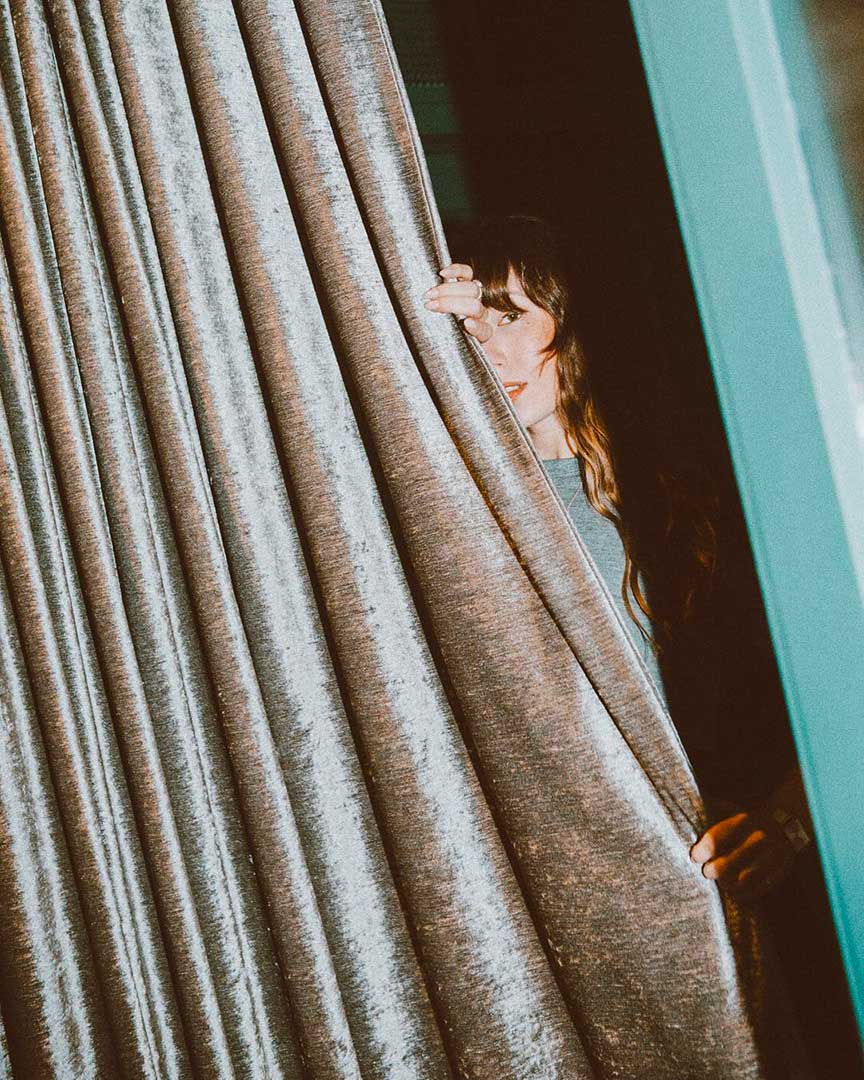 THE KEY: SINCERELY BEING INTERESTED IN THE PEOPLE AROUND YOU

Manny: Did it scare you to move to a city where you practically did not know anyone?

Jess: You know, I'm good at a lot of things, but my biggest asset, when I was in Montreal, was my network of contacts. Arriving here, I was scared. I thought it took me 10 years to build my network and it was a lot of energy and time. So, for sure, I was wondering how I was going to get by in Toronto. Finally, what I realized is that when you have a gift, it will always follow you, even when moving to a new city.

Already in a short time, with a good network of contacts in Toronto, what’s her secret?

Jess: In life, there are those for whom all of this is a game, a tactic, and what makes the difference, I think, is when you really care about people. They recognize this, and that's when you forge stronger long-lasting relationships. You can teach someone customer service, but you can not teach someone how to be an interested and interesting human. 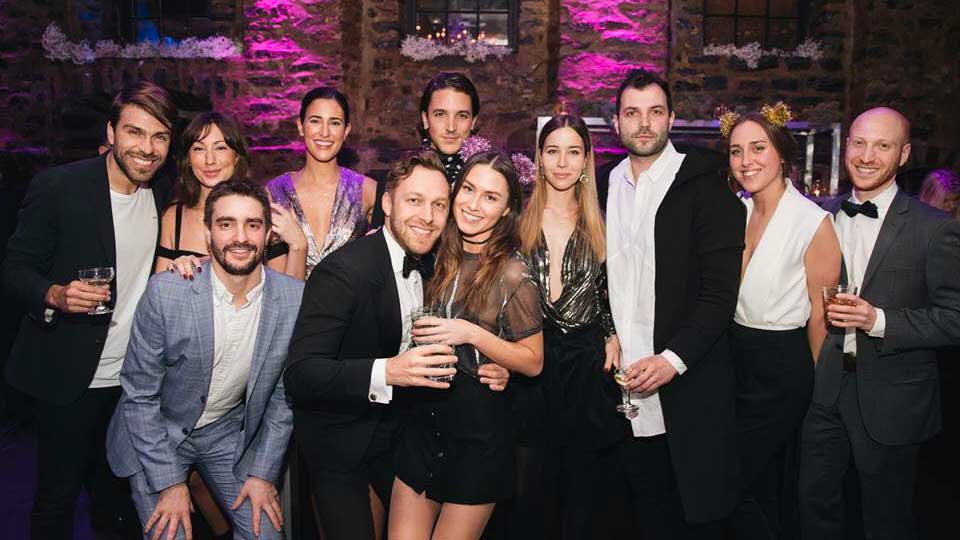 And what are her next steps before having her own boutique hotel? Continue to acquire knowledge with her current work in the hospitality industry, then make a more concrete game plan.

She believes in visualization and positive thinking, so she started to make a mood board for her future boutique hotel to attract good energy to the aspiration.

Jess: It helps me focus on the positive and that's what keeps me motivated and makes me get up every morning. It helps to understand why I'm working at this hotel right now because working in hospitality is not always about being with the jet set. These last months have definitely been very formative. I became aware of what it really means to be a hotel and what it means to provide a "home" for a few nights, to create a canvas for people to create their own experiences.

Manny: Lastly, what do you think you left behind, at the agency, but also in Montreal?

**Jess: ***I just hope that when people say my name, they smile. I hope we remember anecdotes, silly s^it I would do, or the bad jokes that I would tell. It's something that I realize now, it's important to be able to laugh at yourself. In the end, I hope I have managed to create memories. Because good memories the best stories to tell. You have to keep your eyes wide open and be curious.*

I can confirm to you Jessika, that at the agency, not only does one always have a smile on their faces when one speaks about you, but also that you have managed to prove to us that when one gives themselves the means to fulfill one's dreams, everything is possible.

Always keep your eyes fixed on your dream because I can not wait to spend a night in your boutique hotel, no matter where you decide to build it. Love you x. 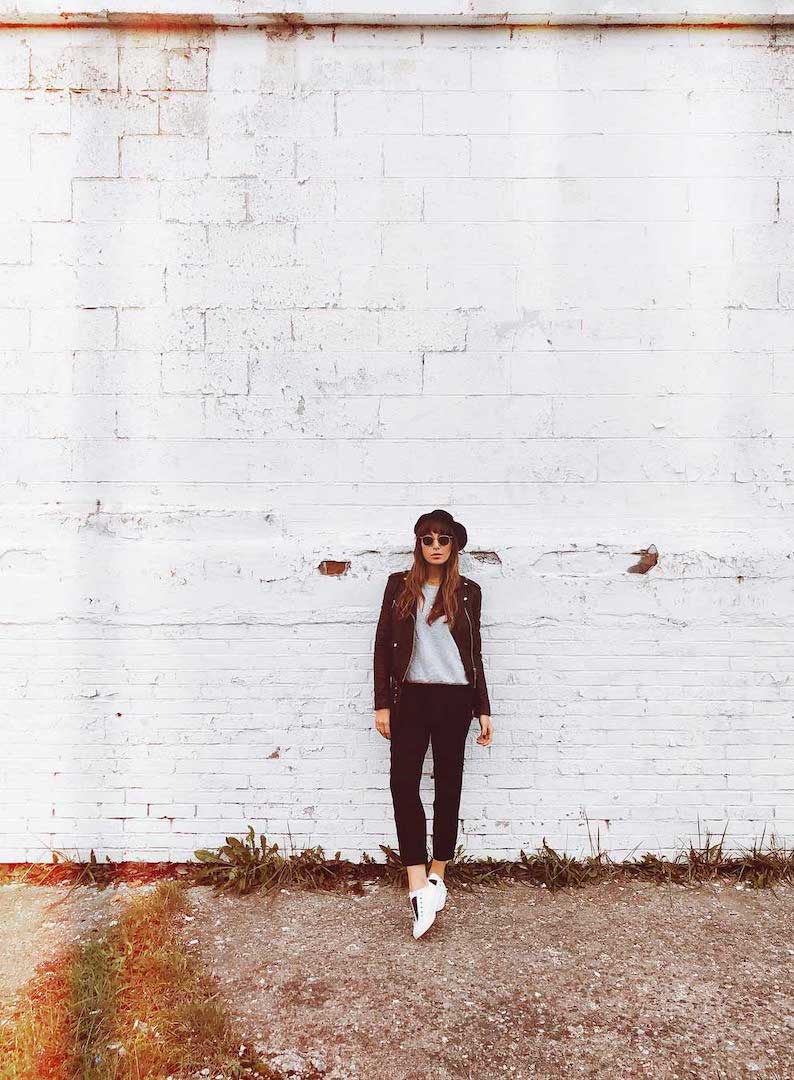 If you want to read more inspiring content from our “The Courage to Act on Your Dreams” series, check out Pierre-Olivier’s story. 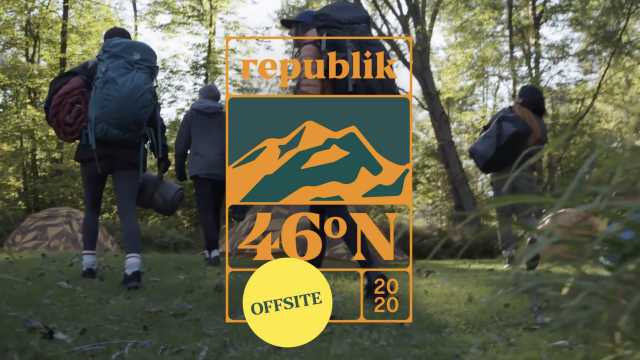 A video recap of our 2020 team offsite: Responsible in Every Way